(and it's NOT a bacteria or enzyme -- keep reading) 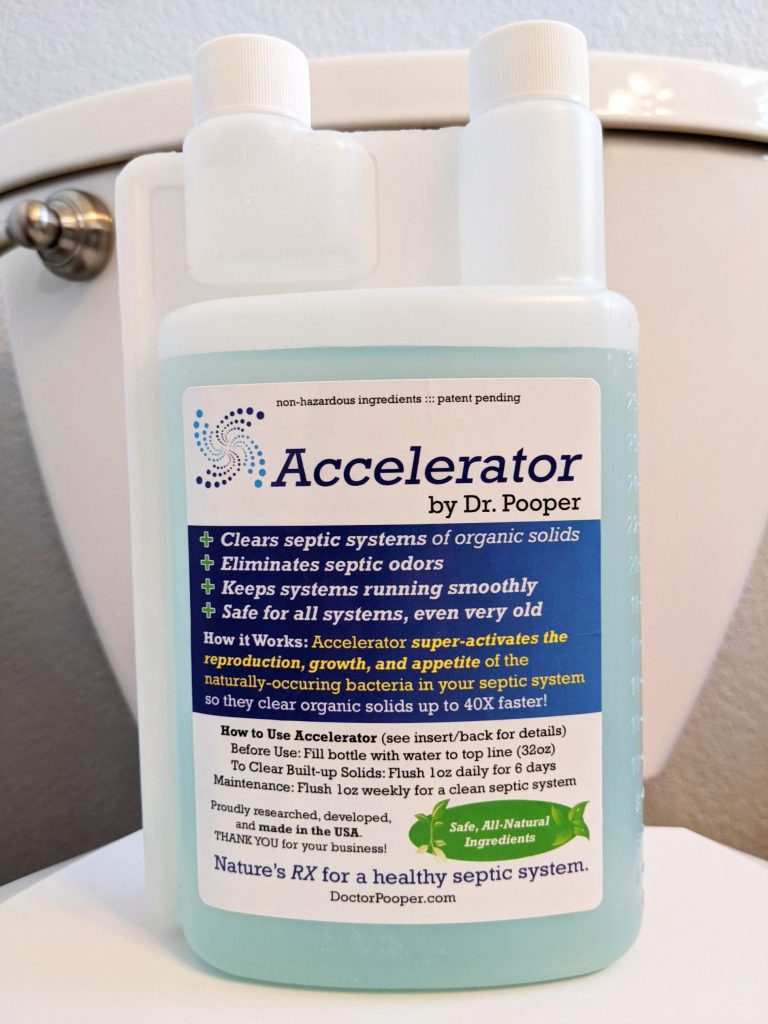 A revolutionary new kind of septic treatment that accelerates the reproduction and activity of the natural bacteria in your septic system by up to 40 TIMES.

Try Before You Pump! Save Hundreds!

This result IS COMMON... 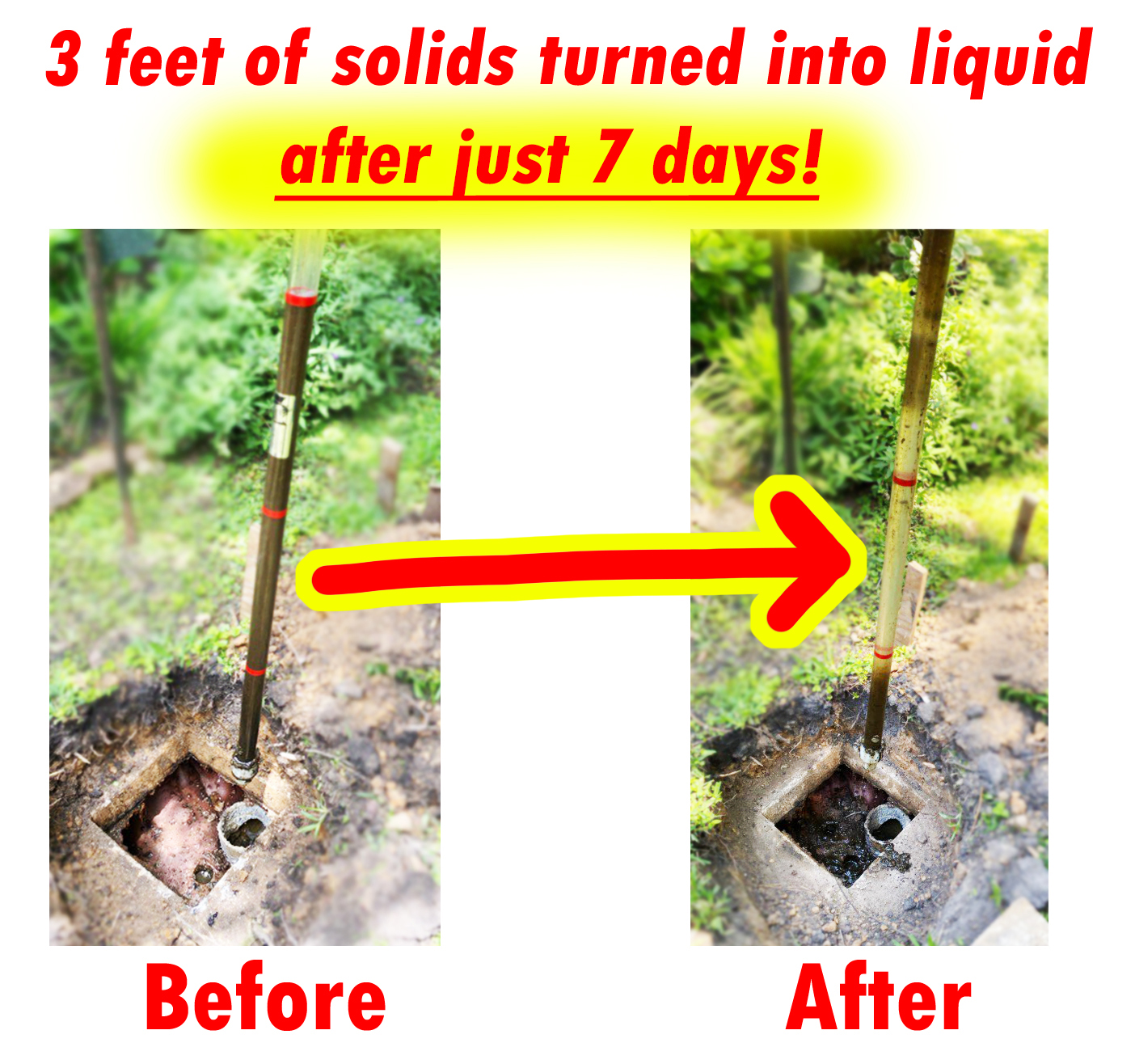 The best septic tank additive available. This is a common customer experience -- tank cleaned in a week.

Here's How it Works!

Accelerator by Dr. Pooper creates explosive EXPONENTIAL GROWTH of the bacteria in your system to clean it out!

Guaranteed to Work or Your Money Back

1 Bottle = Initial Clean + 6 Months Maintenance
But check out our special offer below!

Does something smell a little OFF around your septic system (or your entire yard)? 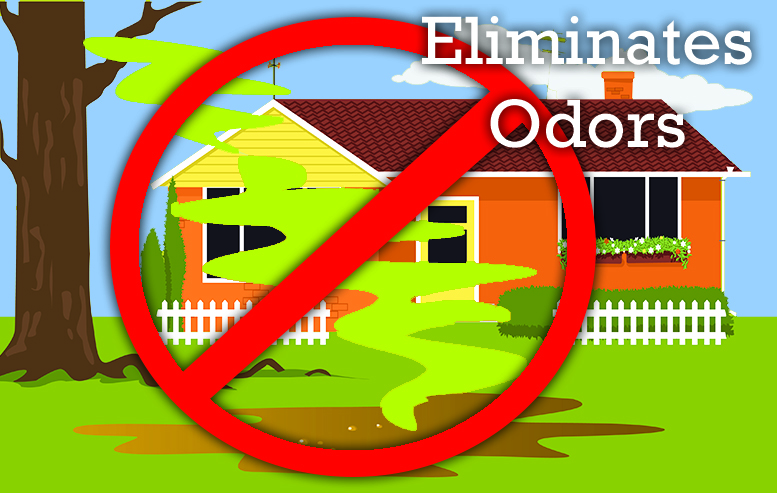 Each bottle includes the initial cleaning dose PLUS 6-months of maintenance for a clean and clear system (tank, pipes, and drain field). 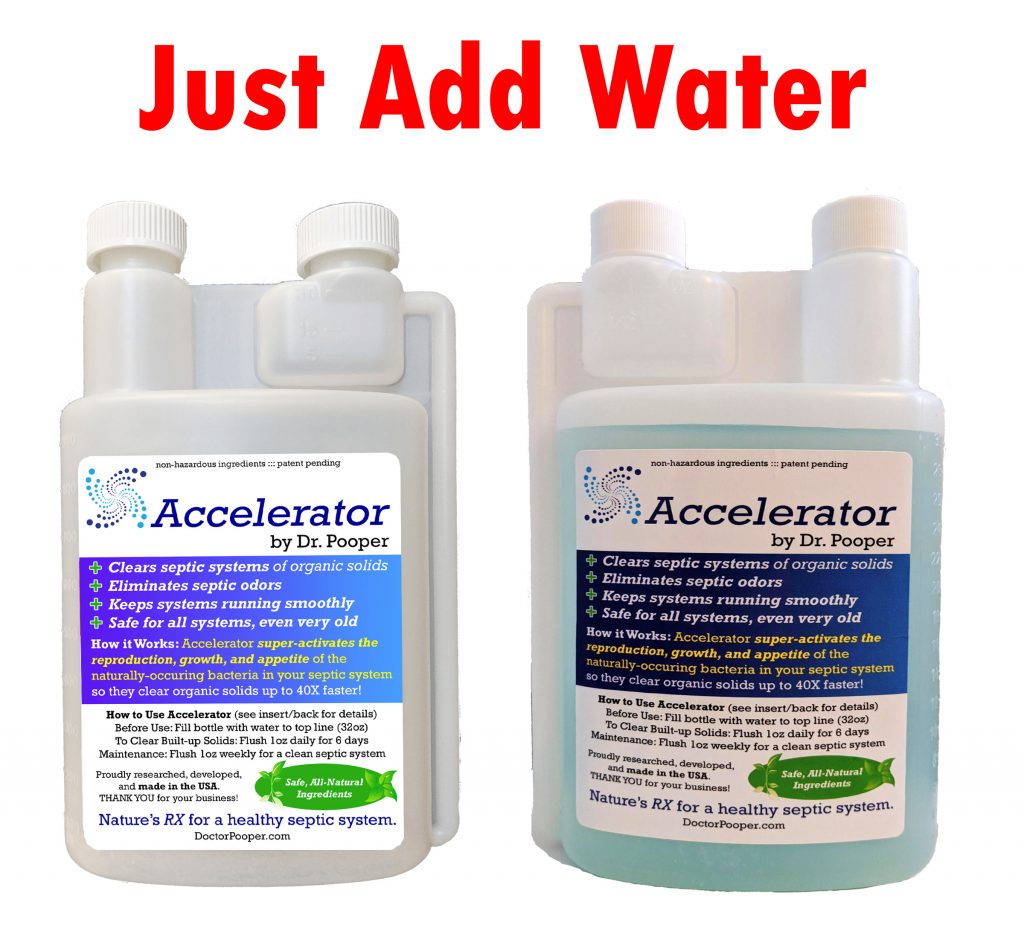 Instructions for use: 1. Add water to 1-quart line 2. Flush 1 oz down toilet

What to Expect: Accelerator arrives as a dry powder in a bottle like you see above. You simply add water to the bottle and shake well to mix the patent-pending, all-natural ingredients. The solution will turn blue and you'll be ready to clear your septic system and keep it clear.

How to Use Accelerator -- A Quick Overview

Save BIG $$$$: A bottle of Accelerator costs about 10 times less than a septic pumping service PLUS it doesn't tear up your yard. You just flush it and let the invigorated army of bacteria do its work. 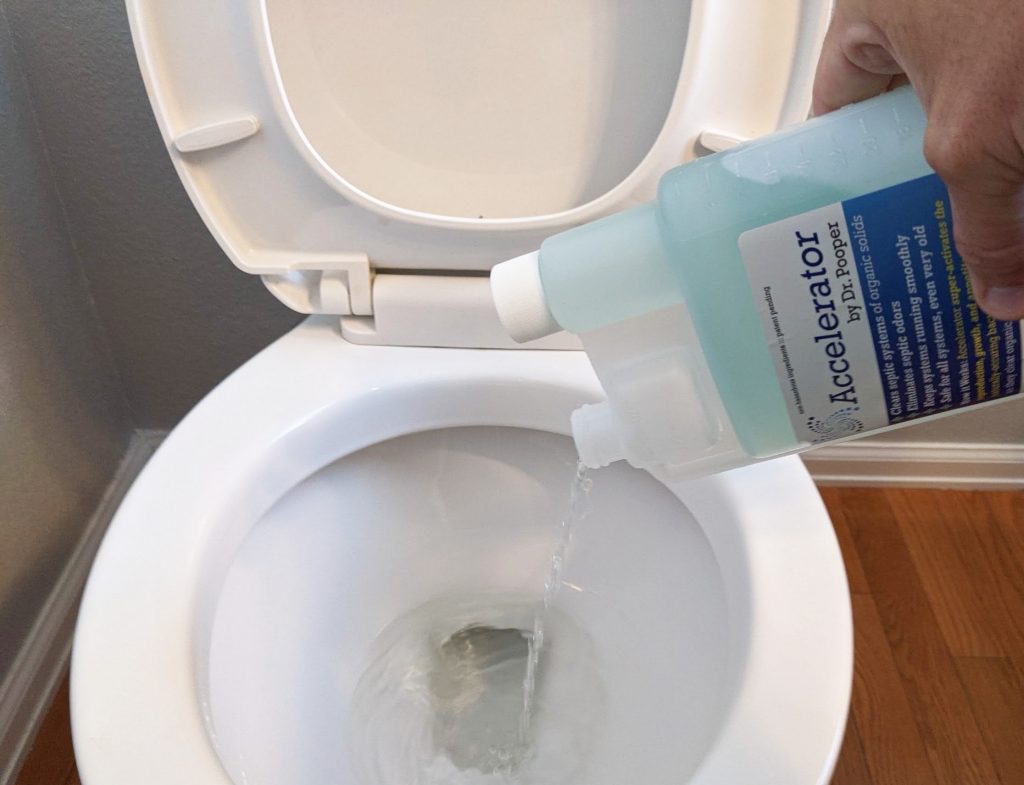 Using Accelerator is easy: Just pour and flush.
How do I use it? Expand

It's easy! Flush it down any toilet connected to the septic system.

Accelerator Liquid: Per instructions on bottle, pour the right amount from the dosing section (small section) into the toilet and flush.

Drain Field Cleaner Tablets: Put a tablet into your toilet bowl and allow it to dissolve, then flush.

You can also put it directly into the tank if you prefer.

There's a thick, hard layer at the top of my tank. Will it work for that? Expand

Accelerator has repeatedly demonstrated that it will break down even very thick, hard layers in septic systems as long as there is wet solution in the tank and system so the Accelerator solution and the invigorated bacteria can spread.

Is it OK for a metal septic tank? Expand

Yes, you can use Accelerator products even in metal septic tanks. It will not harm the tank.

Can it be used for pets or livestock? Expand

Yes, it will greatly reduce odors and increase the rate of breakdown of fecal solids (to harmless liquids and gases) for any application. If your pets or livestock waste is consolidated to a specific area (a cesspool, bucket/basin, or lagoon) then Accelerator will work -- including commercial applications such as veterinarian or boarding facilities, livestock lagoons, and more.

My system has cast iron pipes. Is Accelerator ok for that? Expand

Yes, it is safe for those. The Accelerator is an exceptionally mild oxidizer -- much less potent than bleach, for instance, and you probably used that without even thinking about it.

Will Accelerator clean up field lines, too? Expand

Yes, Accelerator will clean up organic solids throughout your entire septic system.

How many treatments are in each bottle? Expand

Each quart-sized bottle delivers an initial system-cleaning dose PLUS 6-months of maintenance.

Simply follow the instructions on the bottle for normal residential use. If you have a commercial or agricultural application, we may suggest using more.

We also have products and solutions for municipal systems and various industrial applications, such as for oil and gas production and saltwater disposal. Feel free to contact us if you have questions.

Can I use it for a commercial office building? Expand

Yes. We have many commercial customers -- from building to facilities managers to property managers -- who use Accelerator for their commercial septic systems. The benefits they've shared include:

The treatment instructions on the bottle are for residential-volume use for systems with tanks up to about 1,500 gallons (a little bigger is ok).

For commercial use, such as office buildings where there many more people contributing to the system, we typically recommend double or even triple doses. It depends on the size of your system and the number of people using it. You are welcome to contact us for assistance and recommendations.

Invoicing is available for purchases of multiple bottles. We can also set up recurring billing and auto-pay.

Will it work if I use a bunch at once instead of a little daily? Expand

Our suggested dosing is the ideal scenario to distribute Accelerator evenly throughout your septic system.

... but we totally understand that it's not always convenient to flush a little every day.

Yes, Accelerator will still work great if you need to flush the initial dose in one or two bigger doses (a single 6 oz pour or two 3 oz pours).

Can I use it in my grinder pump? Expand

Yes, we've seen success with grinder pumps. It appears to work best when used at night because this gives the accelerated bacteria time to do their work (reproduce and eat).

Does it work for RV's & campers? Expand

Yes, First Strike! is awesome for removing odors and organic clogs (and gunk) in RV and camper waste systems.

You can also use it for camp latrines or outhouses.

Do you have a version for livestock? Expand

Yes! We have products for treating livestock wastewater lagoons as well as municipal wastewater treatment.

See our commercial division at DRPchemicals.com.

But don't just take our word for it! Here are actual user testimonials...

Homeowner -- Cleared the Solids AND Odor

"Un-real! It took a week to clear the [organic solids in the tank] so you saved me from pumping. I also noticed the smell went away and, no offense, but I didn't expect that to actually happen. I've been using it ever since. You've got a fan here."

"I can't believe it. We were about to order the $468 pump service and canceled it. It was full of built-up [organic solids in the tank]. We poured the Accelerator in the toilet and BOOM! A week later no more problems. Flowin' smooth! This stuff is crazy."

Thank you Dr. Pooper! What an amazing product. Owning a septic system in a commercial building and cleaning it out has been just a real pain for us. We used to have it cleaned out about every nine months.

We have been using Accelerator for over a year. We put one ounce down the toilet every week and flush. How simple.

We have not paid to have this cleaned out since July 2018. On very rainy days we used to experience backups and the toilets would not flush. Not a problem anymore as there is plenty of room now for the water to flow out in the septic system. This is just so simple it has taken my concerns and problems that we used to experience owning a septic system and removed them by simply dropping an ounce of Dr Pooper’s Accelerator and flushing it down the toilet once a week. We have seen the results and believe that this is a game-changer, and very grateful that we have this product. Thank you Dr Pooper!

While I was having some issues with clogging sewer lines, a completely full 40gl tank and odor inside due to the backup in my fifth wheel travel trailer, I was introduced to Dr. Pooper. Within the first 24 hours I was blown away by how quick it was effective. Nearly immediately, the odor disappeared from inside the trailer. Within a few hours it broke the clog in the pipes loose and after a couple of days my internal septic tank was completely free of any solids.

Prior to using Dr. Pooper I would have to take my trailer, which I use heavily, to the dump station once a month. Using Dr. Pooper exclusively has cut that down to once every three months. I’ve also found it extremely useful in my marine porta-potty with the same level of success. I highly recommend Dr. Pooper for all your septic products!

I have a Doggie Dooley in-ground dog waste septic tank and it was having a lot of trouble keeping up with the influx of dog waste. It was overflowing, smelly and we were planning on abandoning it until I found Dr. Pooper's Accelerator.

Once we started using the Accelerator we saw a noticeable improvement in the speed at which waste is "taken care of" in the Doggie Dooley and the smell was completely eliminated!

Dr. Pooper was EXTREMELY helpful in explaining what was happening with our system and why it wasn't working, and even helped scale the Accelerator solution down to fit our mini septic tank!

We will definitely be purchasing more Accelerator for use in our in-ground dog waste system! Thank you Dr. Pooper!

Best of luck with your business and thanks again for all your help!

Recently I had my aerobic septic system inspected. The representative from the septic company informed me that the first and second tanks were solidified and would require a truck to come out and pump out both tanks. He indicated the cost to be around $500 for this service.

Discussing this issue with a friend he told me of a product he would like to try. He started by checking the middle tank. It was mostly solidified top to bottom. The first tank wasn't much better.

We started the process of the additives to the tanks on Saturday. By the following Tuesday, the middle tank only had a few inches of the solidified composition. Same thing with the first tank.

These products are nothing short of amazing. This process eliminates the need for my yard getting trenched by a large pumping truck as well as the money it has saved me. Revolutionary to say the least.

Save 50% OFF a second bottle when you buy direct (below) or buy it on Amazon.com.
We appreciate your business! 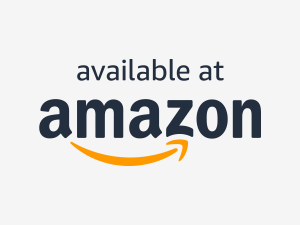 Free Shipping AND
a Money-Back Guarantee